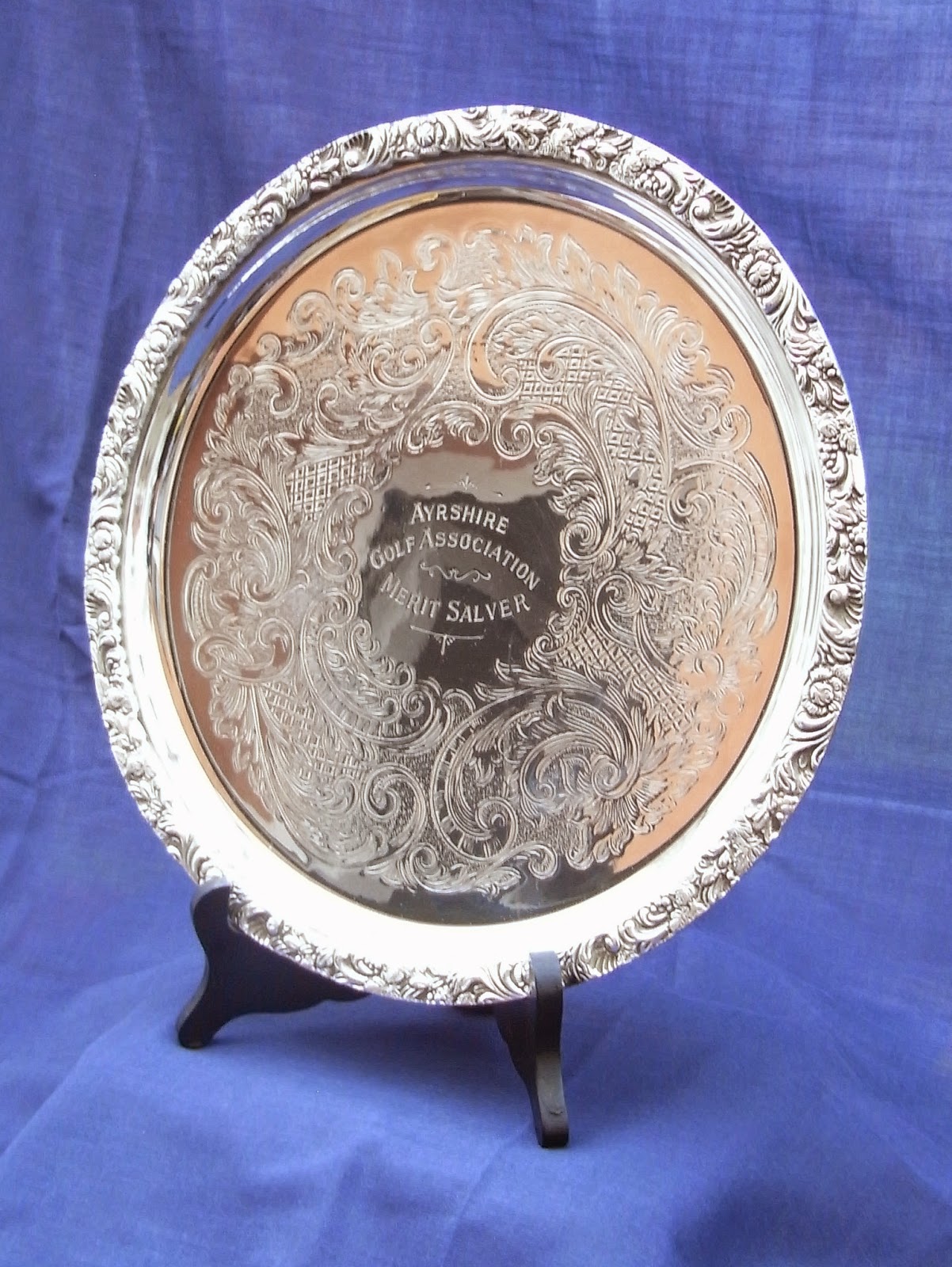 The outright winner of the Doc Thom Salver and Ayrshire Order Of merit title this year, John Shanks (Irvine) boosted his points total once again on Sunday 17th August with a third place finish in the Viking Krus at Largs.

Scores of 73 & 78 gave shanks a two round total of 151, leaving him trailing by two from the winner of the trophy, host club member Iain Macdonald, who returned rounds of 74 & 75 for his 149 total.

With only the Arrol Cup at Prestwick St Nicholas remaining to be played, on Saturday 20th September, John Shanks has an unbeatable lead in the points table, though any one of a dozen or so players could still hoist themselves into the top three prizewinning places in the order of merit, depending on results at St Nicholas.

Present positions in the Order Of merit table are :-