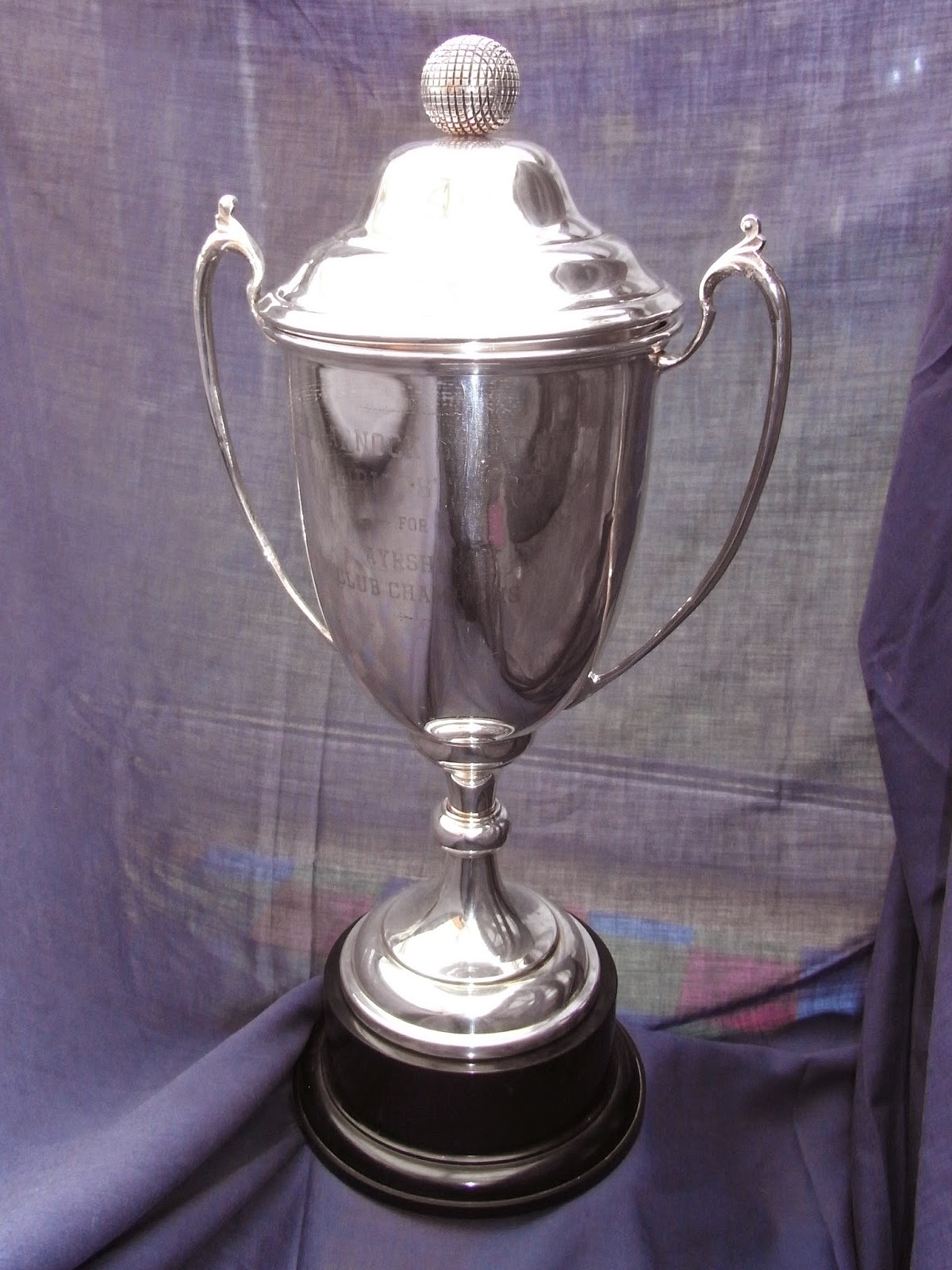 The final of the 2014 Ayrshire Champion Of Champions Trophy will be between fellow county team members Malcolm Pennycott (Whiting Bay) and Gary Bryden (Girvan) after the duo won their respective semi final matches on Friday 8th August at Royal Troon.

Adam Sweeney moved into a two hole lead after three as Malcolm Pennycott struggled to find the fairway.  The fourth was conceded by Adam Sweeney after he lost his second shot in thick rough and the match began to swing towards Malcolm Pennycott when he holed a long putt on six for a birdie to get back to all square. Pennycott went on to win seven and nine with pars to turn two up.


The tenth was to prove a decisive turning point as Malcolm Pennycott, having missed the green, got up and down while Adam Sweeney three putted from the front of the green to go three down.
Pennycott rolled in long putts for birdies at eleven and thirteen to go to dormie five and the match ended with a half on fourteen, with Malcolm Pennycott taking his place in the final with a 5 & 4 victory.
In the second semi final, Gary Bryden had a 6 & 4 victory over Sandy Walker (Ardeer) to take his place in the final.

Bryden took charge of the match from the outset with some fine play as Walker struggled to cope with demands of both weather and course on a wet evening at Royal Troon.

A five hole lead after six holes put Bryden firmly in the driving seat although mistakes at the 7th and 9th holes allowed Walker to reduce the deficit to four at the turn.

A superb up and down at the 12th kept Walker's slim hopes alive but poor tee shots at the 13th and 14th allowed Bryden to close out the match and secure his place in the final.

The final of the Champion Of Champions Trophy takes place next Friday, 15th August, at 5.00 p.m. at Royal Troon.