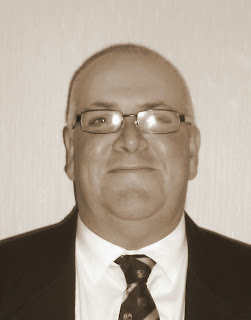 Dougie Dempster of Ballochmyle Golf Club, the former Ayrshire Junior Golf League representative to The Ayrshire Golf Association passed away at 5.20 p.m. on Tuesday 26th May 2015 after a brave battle against cancer.

A great character, Dougie's time in charge of the juniors at Ballochmyle was much appreciated by young golfers and the club in general and his jovial and friendly manner made him many friends in the wider golfing circles in Ayrshire.

It was during his time with the juniors at Ballochmyle that Dougie represented the Ayrshire Junior Golf league on the Ayrshire Golf Association Executive, until the advent of his illness.

Dougie battled cancer with the same stoic, sometimes jovial, but always determined and optimistic attitude that he had developed during his military service, still keeping up to date with friends and golfing acquaintances via social media and encouraging the junior members of Ballochmyle in competition, even though he was not well enough to be present himself, but the end came peacefully on Tuesday evening with his family around him.

The thoughts of all at the Ayrshire Golf association are with Dougie's wife and children, his wider family and close friends at this sad time.

With Dougie's passing Ayrshire golf has lost a valued volunteer and many within the wider golfing circles of the county have lost a good friend.

What lovely and heartfelt sentiments you have written about our brother. He was all you said and more. A well loved and respected gent. Thanks.