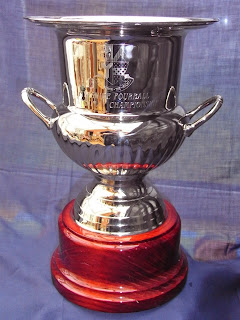 The eight third round ties in the 2014 Ayrshire Fourball Championship are now known, following completion of the second round ties this week.

In the outstanding two second round matches, George Wallace & Neil Black (Saxone) had a 4 & 3 win away from home against Gordon Mackay & Martin Lothian (Turnberry Staff), whilst Graeme Logan & Derek Patterson (Ayr Belleisle) had a one hole home win over Daren Murdoch & Robert Johnstone).

The full line up for the third round, with ties due to be completed by 21st June, is :-