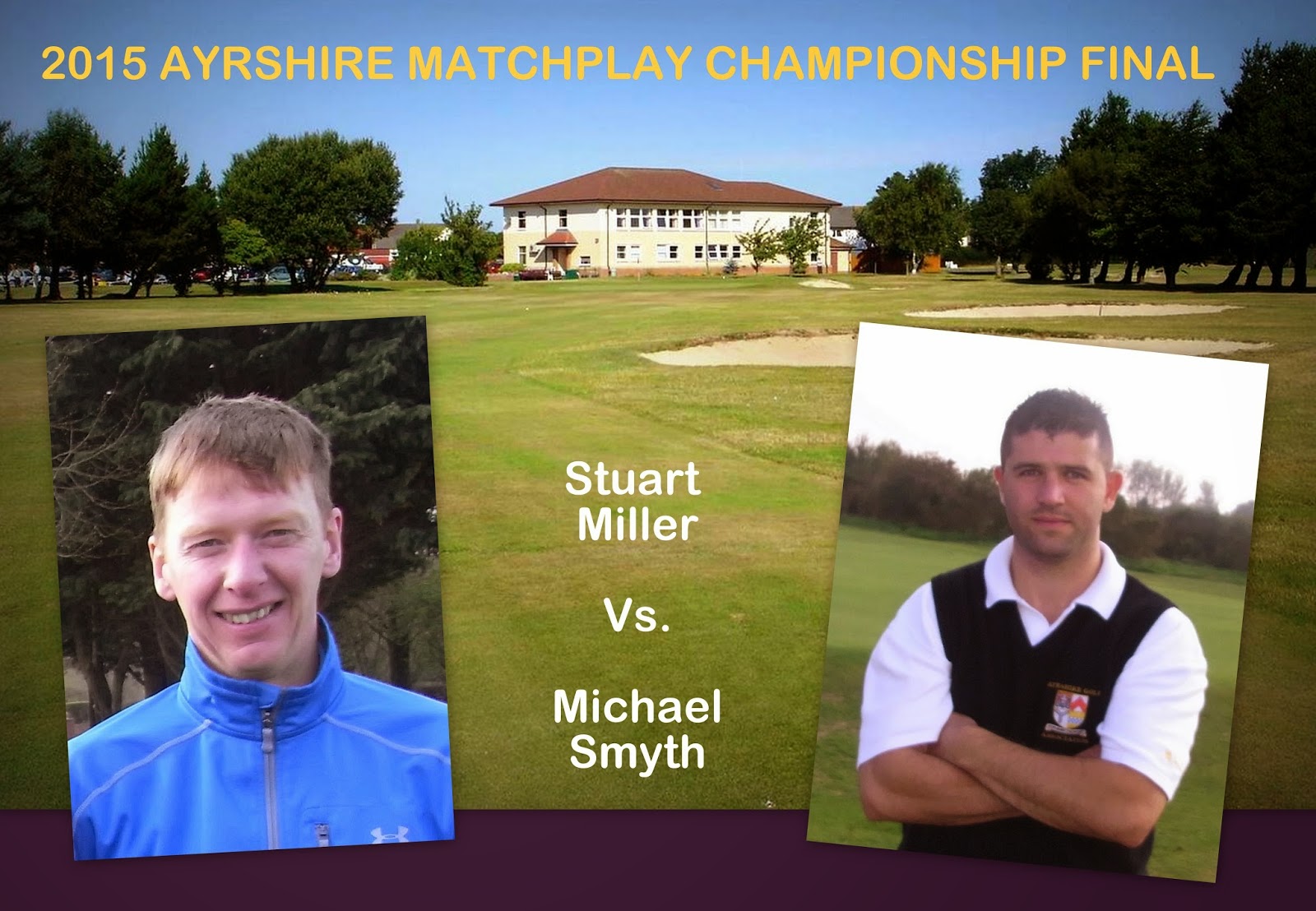 In the semi finals at Prestwick St Cuthbert GC on Wednesday evening, played in bright but breezy conditions, both players secured their place in the final with comfortable wins.

In the first semi final, Stuart Miller got off to a flying start against clubmate Euan Brown (Klmarnock Barassie). After an opening half in par fours, Miller them birdied three successive holes from the second to go three up in the match. Brown birdied the par four fith hole to reduce the deficit to two holes but a bogey five at the next from Brown let Miller restore his three hole advantage, which he maintained to the turn. In the inward half, Miller proved to be the more consistent of the two, extending his lead early on and closing out the match on the thirteenth green with a 6 & 5 victory, to book his place in the final for the first time.

In the second semi final Michael Smyth, the 2013 winner, faced John Haggarty (Loudoun). The match proved tight throughout the front ninebut birdies from Smyth at both the fifth and eighth holes gave him a two hole advantage at the turn. Haggarty reduced the deficit to one at the tenth but Smyth won both the eleventh and thirteenth to extend his lead to three holes.

The margin was reduced to two holes again at the fourteenth when Smyth found a bunker from the tee and was unable to salvage par, but Haggarty found fairway bunkers from the tee at the next two holes which contributed to him losing both holes  to give Smyth a 4 & 2 victory.