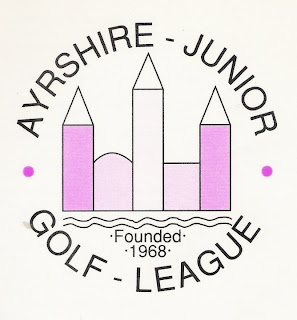 There has been a change to the dates of the Ayrshire Junior Golf League finals, with the Under 16 and Wallace Thornton finals now scheduled for Sunday 15th September and the League and Champion Of Champions finals a week later. Both finals days will still be held at Ayr Belleisle at 11.00 am and 11.22 am respectively.

Host club Ayr Belleisle won through by 2.5 - 1.5 at home to Prestwick St Nicholas in the semi final of the Under 16 Knockout Trophy and now await the winners of the other semi final tie between Loudoun & Largs.

In The Wallace Thornton Trophy, Kilmarnock Barassie finished top of their section, ahead of West Kilbride, and now wait to see who their opponents will be in the final. Troon Welbeck lead the other section at present, although there are still a number of matches to be played.

In the Champion Of Champions, the holder Greg Telfer (Prestwick St Cuthbert) lost his grip on the trophy in the semi finals when he was beaten 4 & 3 at Troon by Murray McCrone (Troon Welbeck).

In the final, McCrone will meet Aidan Dore (Loudoun) who was also a 4 & 3 winner at home in his semi final against Sandy Walker (Ardeer).

The final placings in the two League Championship sections were :-