Ayrshire got their bid for the 2022 Scottish Men's Area Team Championship title off to a winning start on Sunday the 1st of May, with victory over the South of Scotland at Royal Troon in the opening fixture of the three match qualifying section, as the team attempt to secure a place in the finals weekend at Powfoot in early September. 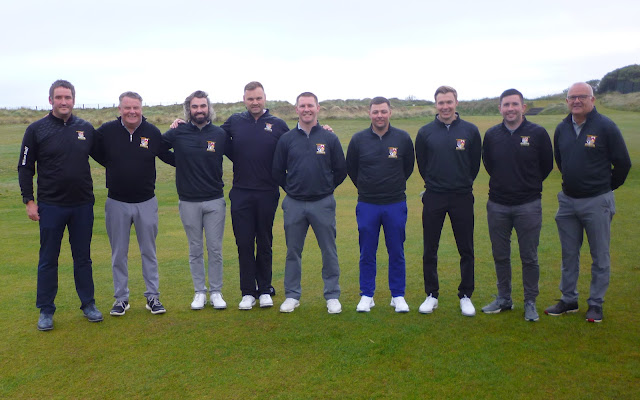 The foundation of the overall 6 - 3 victory in the match was laid by the six man Ayrshire side in the morning foursomes, which they won 3 - 0, with a 3-3 draw in the afternoon singles completing the overall victory for the hosts.

In the other match in the section played on Sunday, Dumbartonshire beat their visitors from Angus by 6-3 at Cardross GC.

Ayrshire's next match in the series is away to Angus, at Downfield GC in Dundee, on Sunday the 5th of June.