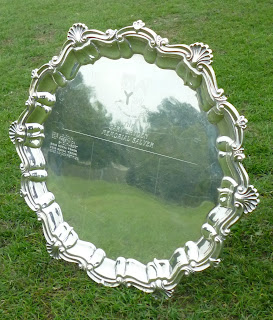 Skelmorlie ended Loudoun's hopes of adding to their inaugural win in the Gary Bryden Memorial Salver competition recently with victory in their first round tie.

Loudoun, who won the scratch club team knockout competition for the Gary Bryden Memorial Salver when it was first played for in 2016, travelled to Ayrshire most Northerly course for their first round tie, but it was the home side who won through by 2 - 1, winning the two singles ties and losing the foursomes.

Skelmorlie will now be at home to Caprington or Ballochmyle in the second round.

The remaining six first round ties are all due to be completed by the 15th of May.