With the finalists in the four Ayrshire Golf association extended competitions now known, the timings for the finals at Skelmorlie GC on Sunday 1st September have been confirmed. 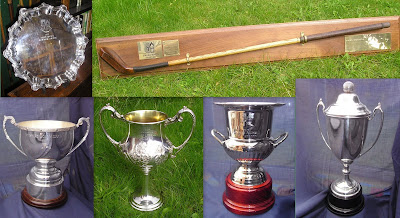 The finals will tee off from 1200 Noon with the handicap club team knockout competition for The President's Putter teeing off first, ahead of the Ayrshire Fourball Championship final.

The third final to tee off will be the Handicap League Championship final with the scratch club team knockout competition for the Gary Bryden Memorial Salver starting last of the four finals.

The tee time details are:-