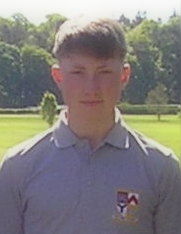 In the two strokeplay qualifying rounds, Lindsay returned scores of 70 and 74 for a two over par total 0f 144, which saw him comfortably among the sixty four qualifiers for the matchplay stages in joint 32nd place and with four shots to spare.

In his opening matchplay round, Lindsay faced George Holland (Southport & Ainsdale) but his championship hopes ended with a 4 & 3 defeat.

The championship was won by Tom Gueant of France who beat Wilmer Edero of Sweden at the first extra hole in the final, after the players were tied after 36 holes.