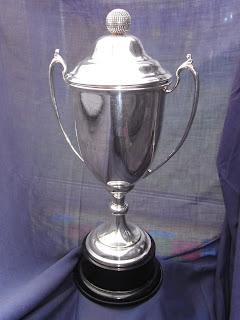 The 2017 competition for the Ayrshire Champion Of Champions Trophy has reached the quarter final stage.

In recent third round ties completed, Scott Ireland (Prestwick St Nicholas) claimed a notable scalp over his home course when he defeated John Shanks (Irvine) at the first extra hole.

Also through is David MacDonald (Largs), who won by 5 & 3 on his trip to play Kieran Clark (Braehead).