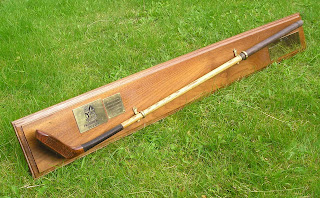 Irvine Ravenspark and West Kilbride are the first clubs through to the quarter finals of the 2022 handicap club team knockout competition for the President's Putter.

2 - 1 home wins in their third round ties against Tam O Shanter and Drongan respectively has set up a home tie in the last eight for Irvine Ravenspark, against either Largs or Prestwick St. Nicholas, and an away fixture for West Kilbride, against either Rowallan Castle or Troon Portland.

The remaining third round matches are due to be completed by the 19th of June.