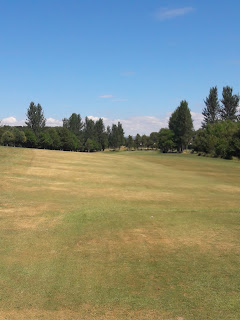 Portmann Golf Club have recently joined Scottish Golf  and have affiliated to The Ayrshire Golf Association, taking the number of member clubs back up to 62.

The club, who will play over the Caprington course in Kilmarnock were first formed as a Society in April 2006 with 14 members operating out of the former Braehead Pub in Kilmarnock.

A short time afterwards the club moved to The Portmann Hotel in Portland Road in the town and outings to various golf courses, including Millport, Deer Park, Dundonald, Largs and Stranraer, followed with membership numbers increasing to 48 by 2013.

matchplay and foursomes events were included in the club activities in the intervening years, as well as a succesful members/guests day which was introduced three years ago.

With membership now up to 54, the decision was taken to fully affiliate to Scottish Golf and the Area Association, and we look forward to welcoming the club members to AGA competitions and events in the future.