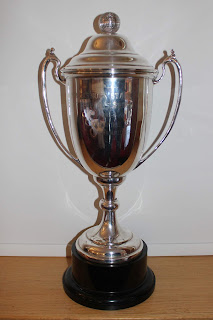 Four first round results in the 2019 Ayrshire Champion Of Champions Trophy competition have been posted recently, with the remaining first round ties due to be completed by Sunday 14th April.

Craig Menzies (Muirkirk) was a winner by 4 & 3 in his opening home tie against Brian Robertson (Auchenharvie) and will now be at home to Martin Riddall (New Cumnock) in round two, after Riddall received a first round walkover from Peter Kingett (Wallacetown).

Also through, by virtue of a walkover from Kevin O'Neill (Alton), is Greg Nichol (Troon St Meddans), who will be at home to either Craig Hamilton (Ballochmyle or John Sloan (Doon Valley) in round two.

The other first round result posted to date was a walkover for David Pratt (Annanhill), from Jonathan Stevenson (Troon Welbeck),  David Pratt will be away to either Andrew Lindsay (Ayr dalmilling) or Ross Coubrough (Glacier) in round two.

Gordon Boyle (Turnberry) is the first player through to round three after he was given a walkover by Ruben Lindsay (Ayr Belleisle) in their scheduled second round match.
Posted by AJM at 12:54 pm