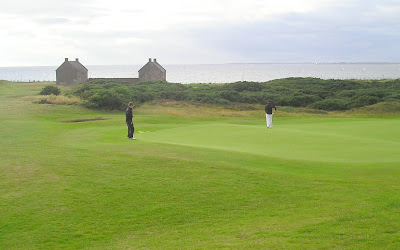 The draw has been published for the opening event of the 2019 Ayrshire Golf Association season, the Ayrshire Junior Team Championship, which takes place at Prestwick St Nicholas GC on Sunday 21st April.

10 clubs will be represented in the competition, with the best three scores from four counting towards the team totals.

Ayr Belleisle return to defend the scratch award, the Matt Lygate Trophy, whilst the handicap team event for the Andrew D Nimmo Trophy will be defended by West Kilbride.

There will also be an individual scratch trophy, the Prestwick Circuits Cup, and an individual handicap award in the shape of The Carrick Trophy, as well as other handicap prizes.

The draw for order of play is:-