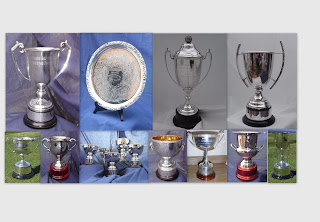 The Ayrshire Golf Association Finals Day will take place on Sunday the 5th of September at Kilmarnock Barassie, with three of the extended competition finals being decided there.

Play will start at 11.00 am with the six ties in the Handicap League Championship final between Rowallan Castle and Moorpark.

The second final, beginning at 1200 Noon, will be the scratch club team championship final for the Gary Bryden Memorial Salver, between Royal Troon and Prestwick St Cuthbert.

The last final of the day will be the Ayrshire Fourball Championship final, between Aidan Long & John Tanner of Prestwick Centre and Alan Stewart & Alan Stewart Jr of Stewarton.

With Moorpark qualifying to play in two of the 2021 finals, the final of the handicap club team knockout competition for The President's Putter has been postponed, with the final between local rivals Moorpark and Auchenharvie 88 now taking place at Rowallan Castle on Sunday the 12th of September.