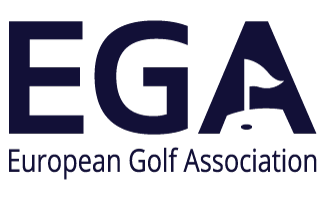 The Scotland Senior Men’s team, which featured Paul Moultrie (Royal Troon) secured ninth place in the European Senior Men’s Team Championship, played at Sedin Golf Club in Slovakia between the 30th of August and 4th of September, after disappointingly failing to qualify for the top flight, but bouncing back to comfortably win the Flight B matchplay series.


Paul Moultrie had rounds of 75 And 78 for a seven over par total for his two rounds, as the Scotland team of Ronnie Clark, Paul Moultrie, Derek Paton, Nick Robson, Stewart Henderson and Maurice Lindsay  posted a team total over the strokeplay qualifying rounds of 753, 23 over par, to frustratingly miss out on qualification for the top flight of matchplay by a single shot, from eighth place Denmark on 752.

In the first knockout round in Flite B, played on Thursday the 2nd of September, Scotland beat Belgium 4 – 1 with Paul Moultrie, who was paired with Ronnie Clark (Erskine) in the foursomes tie, beating Bruno Dupont and Pascal Briffieuil by 2 & 1

In the semi final on Friday the 3rd of September Scotland beat Norway by 3.5 – 1.5 with Paul Moultrie securing a point, again in his foursomes tie with Ronnie Clark, by beating Nils Elias Gronningsaeter and Oyvid Reinertsen by 4 & 3

In the Flight B final on Saturday the 4th of September, Scotland beat Italy 3.5 – 1.5

Paul Moultrie again combined with Ronnie Clark in the foursomes tie, and completed a third successive victory for the pairing, winning 2 & 1 against Vincenzo Sita and Davide Zarotti.

Germany beat France 3 – 2 in the Flight A matchplay final to win the overall European title.