Prestwick St Cuthbert are the 2021 winners of the scratch club team knockout competition for the Gary Bryden Memorial Salver, after a victory over defending champions on Sunday the 5th of September at Kilmarnock (Barassie) during the Ayrshire Golf Association Finals Day. 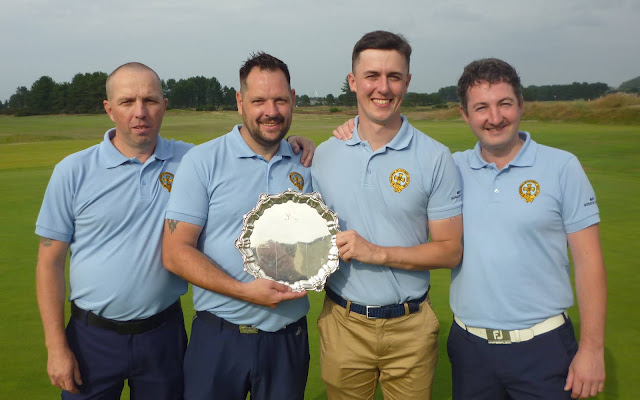 The lead singles tie featured Michael Smyth (Royal Troon) and Adam Sweeney (Prestwick St Cuthbert) and went all the way to the final green, with Adam winning the tie by two holes.

The result in the lead tie cancelled out Paul McKellar's 3&2 win for Royal Troon over Joe McSorley, which left the destiny of the trophy in the hands of the last tie on the course.

the final tie, a foursomes match between Blair Morton and Stuart Russell (Royal Troon) and Gary Steele & Tom Loy (Prestwick St Cuthbert) also proved to be a closely fought contest, but in the end it was the St Cuthbert duo who won by 2 & 1 to give their team a 2-1 win in the final, and the trophy for the second time, following their last success in 2017.

The trophy was handed over to the winning team at the conclusion of the final, by Ayrshire Golf Association Vice President Scott Gilchrist (Loudoun) 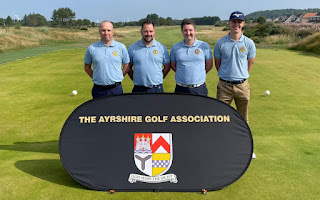 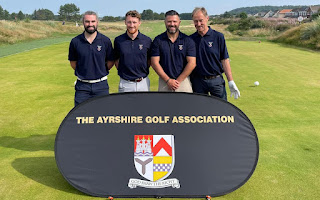