Troon Welbeck are the 2021 winners of the scratch team knockout competition for the Wallace Thornton Trophy, after they defeated the host club, Irvine, in the final over the Irvine (Bogside) course on Sunday the 17th of October. 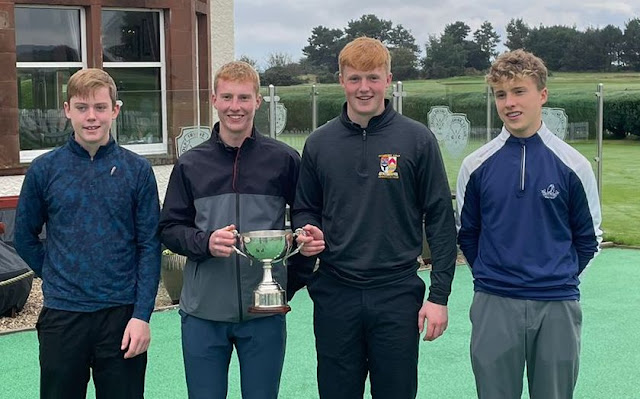 Ayrshire Boys Champion Harvey Broadfoot got the first point on the board  for the Welbeck team with a 776 win over Caitlyn Billham, and was closely followed by his brother , Jack Broadfoot, who posted a 4&3 win over Darren Surgenor in the lead tie.

The trophy was presented to the winning team at the conclusion of the final by Ayrshire Golf Association Vice President Scott Gilchrist (Loudoun).