Andrew McKinlay, the Scottish Golf CEO, is preparing a four-year plan to present to Sportscotland as he bids to grasp “a huge opportunity to do something really special” after being encouraged by feeling “good vibes” from stakeholders around the country. 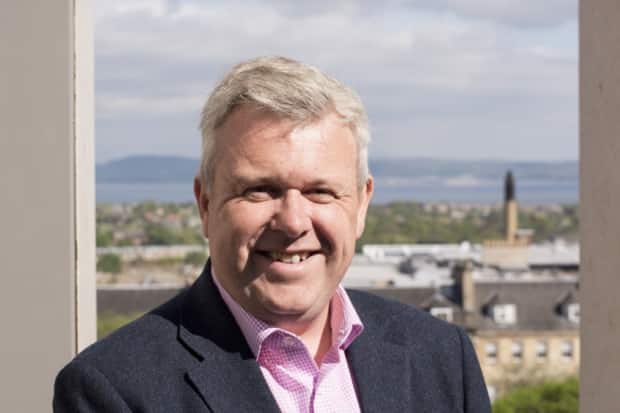 McKinlay, who took over the post at the beginning of May after moving from the Scottish Football Association, is now ready to start charting what he sees as the course ahead for the unified governing body after spending the last few months getting a feel for his new environment.

He has managed thus far to stave off job cuts that were threatened in the wake of a bid to raise the affiliation fee paid by around 170,000 club members being rejected in March and is feeling quietly confident that he can help shape a brighter future for Scottish Golf, both on and off the course.

“One of the challenges is our relationship with sportscotland,” said McKinlay, referring to that organisation having slashed its funding for the game in its birthplace after  £2 million was stripped from the funds collectively issued annually to the 50 national governing bodies in all sports in the country.
“We’re now at the level of funding which is 25 per cent of our turnover and we’re hugely thankful to them for that. One of my priorities over the next few months is to sit down with them and present to them a four-year plan. Recently it’s been year-to-year funding and that’s very difficult to plan ahead with. So I’m going in with a four-year plan, it ties into our strategic document and things we want to achieve.
“I think four years is a reasonable, a good period for me to do something. I would be looking to get the same funding from sportscotland over that period. I had lunch with the sports minister, Joe FitzPatrick, during The Open at Carnoustie and I see a real role for us within the health budget.
“Sportscotland give us money for development and performance but because most of the sports they fund are Commonwealth or Olympic sports, they talk about medals and there’s some within sportscotland will be asking, ‘what are you guys doing to get gold medals?’. At some point, we have to say, ‘that’s not what we do’.”

Eleanor Cannon, the Scottish Golf chair, said that job losses seemed inevitable in the wake of that bid to raise the affiliation fee by £3.75 to £15 being tossed out earlier in the year, claiming that a figure of between £300,000 and £450,000 would need to be slashed from the budget over an 18-month period.
Cuts still seem likely, though a group calling itself “The Requisionists” is calling for the affiliation proposal to be resuscitated in a bid to support the governing body, in particular in looking at how it can raise income from “nomadic” golfers.

“The staff numbers were up in the high 40s and we now have 32,” added McKinlay. “Since I took on the role, we’ve had three people left and not been replaced. I was not asked to make cuts when I came in. My view is we can’t make any further cuts. What we’ve had to do is look at the budget for next year and areas where we might not be able to spend what we have in the past. It’s like any business.
“What I have been doing is saying that there are areas we need to move people around, very much a realignment. The staff have been through a difficult few years. I’ve had a one-to-one meeting with all staff and had our first all-staff session last Friday. The one-to-ones were fascinating because everyone said the same thing; it’d been unsettling, there was a lack of focus. The key message is that we need to come together as a team.”

McKinlay, who worked for the Clydesdale Bank before he joined the SFA, where he was latterly the interim chief executive, has met a wide sector of people in the game since taking up his new role. They have mainly been Scottish Golf’s stakeholders but, in a bid to try and get a proper feel for things, he has also spent time talking to both Paul Lawrie and Stephen Gallacher about their respective junior foundations, as well as talking to the likes of Shona Malcolm, the regional manager for the PGA in Scotland.

“I’ve been surprised by the number of organisations involved in golf,” he admitted. “People talk about it in football, but there seems to be more in golf. People are doing a lot of good things. But it’s quite fragmented. It’s quite scatter gun in its approach. We need to work out what our roles are. Not just within Scottish Golf but other organisations like the PGA. We’re all doing loads of good things, but there’s quite a lot of overlap.
“The number of people I have spoken to that have the solution for everything in golf is incredible. There’s just so many people who want to get involved. The great job for me is to work out which horses to back. I don’t want to make some big decision early on that comes back to haunt me.

“There’s a lot of work to do, but there’s no doubt that there is a huge opportunity to do something really special. At the moment, I’m getting good vibes and I feel there is a changing mood within the game in Scotland. I’ve had a good feeling this summer that things are starting to change and we’re going in a better direction. We absolutely need to move on from the arguing between us and our members otherwise we are just going to eat ourselves up.”
Posted by AJM at 1:55 am