AYRSHIRE FOURBALL CHAMPIONSHIP - Caprington through to round three 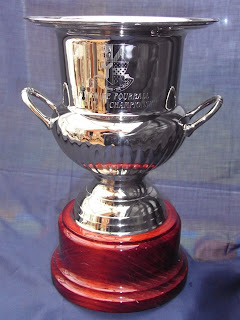 Robert Liddell & William Smith (Caprington) have booked their place in the third round of the 2017 Ayrshire Fourball Championship.

A 3 & 2 home win over Eric Borland & James Bryden (The Chase) saw the Kilmarnock club's pairing into the last 16.

Steven Wells & Gordon Storar (Irvine) won by a single hole against Keith McKenzie & Colin Yair (Ayr Neptune) at Ayr, and are at home in round two to either Annanhill or Braehead.

David Addison & Philip Rooney (Rowallan Castle) had a crushing 8 & 6 victory over Ian Barr & Allan Madden (Largs) in round one and will now travel to play the Doon Valley representatives in the second round.

Also through to the second round, where they will be at home to either Ayr Belleisle or Tam O Shanter, is Drew McCutcheon & Colin Pettigrew (Drongan), following their 3 & 2 win away from home against Frank Milloy & James Anderson (Loudoun) in round one.

With all first round ties due to be completed by Sunday 23rd April, five results have still to be notified to the tournament administrator.

Results of the undernoted ties are awaited :-

Malletsheugh Vs. New Cumnock
Posted by AJM at 12:56 am