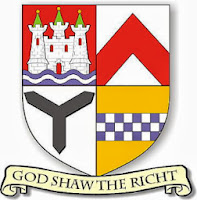 The 2013 Ayrshire Golf Association AGM will be held at Caprington Golf Club, Kilmarnock, on

Initial agenda notices and copies of the 2012 minutes have been forwarded to all club secretaries by email.

Any club who has not received the notice and minutes is requested to contact the Secretary by email and a further copy will be sent.

With two of the present Executive members due to step down, but both seeking re election, there remains a further five vacancies on the Executive, including three posts for three years and two posts for two years.


Clubs are requested to encourage interested members to make contact with the Secretary or Executive members for more information if they wish to consider being nominated for the vacant posts.
Under the constitution, Nominees must be members of and must be proposed and seconded by members of clubs affilliated to the Ayrshire Golf Association.
The work of The Association Executive is varied and encompasses, amongst other things, Competitions, Course rating, handicapping, team administration at all age groups, rules and working with the National body and local agencies in the promotion of golf in the county.
All nominations for Executive posts require to be in the hands of The Secretary, in writing, by 12th OCTOBER 2013 at the latest.