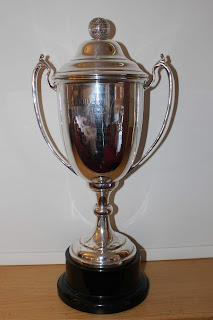 The draw has been made for the 2019 Ayrshire Golf Association Champion Of Champions Trophy competition, with 46 of the county's best players in the draw and bidding for the 2019 title.

The defending champion Paul Denim of Loudoun has been drawn away to Gordon Munro of Caprington in the first round.

The only other former winner in this years competition, John Sloan of Doon Valley, has a tough tie in the opening round against Craig Hamilton at Ballochmyle.

The ties will be played throughout the season and will culminate with the semi finals and final which will take place at Royal Troon on Friday 2nd and Friday 9th August respectively.

The Draw for the opening two rounds is:-