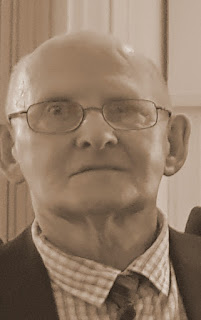 The Ayrshire golfing community was dealt another sad blow on Monday the 20th of December 2021, with the sad news of the passing of Ayr Dalmilling Golf Club's Secretary Robert D. Green, at the age of 84.

Robert was well known on county golfing circles, and was a well respected club official who had served his home club in various capacities over many years, most notably as Club Secretary in recent times.

A skilled organiser, Robert was well liked in his home club and far beyond, described by many as one of life's true gentlemen, a club legend and simply Mr. Ayr Dalmilling.

Robert was a firm supporter of all aspects of the club, of which he was one of the founder members in 1961, enjoying the success of young club golfers and club teams alike, over the years. He took particular pride in seeing his club team win the inaugural Ayrshire handicap League Championship in 2017, and was present both on the day and at the following Ayrshire Golf Association annual dinner, where he was a regular attender over many years, to see the team receive the championship trophy.

Although he had some health issues in recent times, Robert's dedication to looking after the interests of the membership of the Dalmilling club never wavered, and he continued to look after all the club matters until his sad passing. A shining example of the brand of unsung hero that every golf club needs to flourish.

The thoughts of all at The Ayrshire Golf Association are with Robert's family and friends, and the members of the Ayr Dalmilling Golf Club, at this sad time.