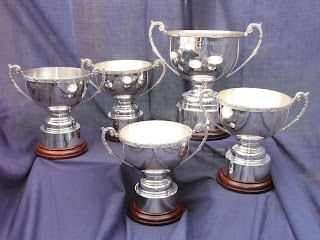 Nineteen clubs will contest the 2020 Ayrshire Scratch leagues, with a change in format affecting the lower divisions being confirmed for the forthcoming year.

There will be no change in the format of Division 1 in 2020, with six clubs contesting the title. As in previous years the bottom club at the end of the season will be relegated and the second bottom team will go into the Division 1/2 play off.

The remaining eight clubs have been drawn into Divisions 3a and 3b with four clubs contesting each division.

This year, the winners of these two divisions will play off on a home and away basis for the Division 3 title, but both will gain promotion to Division 2 regardless of which one wins the play off.

The teams to contest Divisions 3a and 3b were drawn as:-

Going forward it is intended that Divisions 1 and 2 will remain as six club leagues each year, and the composition of Divisions 3 and 4 will be fluid and will depend on the number of entries received