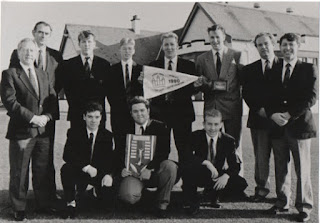 The draw has been announced for the new Ayrshire Handicap League competition, with 23 member clubs chasing a place in the final on 10th September this year.

Matches will comprise six singles ties with competing clubs playing in four qualifying league sections, on a home and away basis, from April to mid August, with the winners of each section progressing to the semi finals.

Information on the draw and fixture arrangements will be forwarded to all nominated club representatives in the near future.