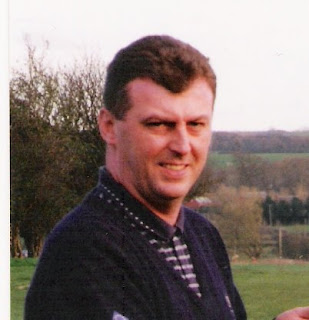 Brian Farrelly (Ardeer) was honoured for his contribution to junior golf in Ayrshire, and his club in patricular, at the Annual General Meeting of The Ayrshire Junior Golf League in December 2007.
In recognition of his long association with The League, and his committment as Junior Convenor of Ardeer for over 10 years, he was elected an Honorary Member of the Ayrshire Junior Golf League, to become the 13th person so honoured since the formation of The League in 1968.
Brian served as A.J.G.L. Chairman in 2001 and also led Ardeer to their first League Championship win in 2003, which they followed up by retaining the title in 2004 and losing out in the final in 2005, when bidding for 3 in a row.
Brian joins the other seven surviving Honorary Members of The League, including fellow Ardeer member Bill Tinsley who was elected an Honorary Member in 1992.
The other surviving Honorary members are :- Sam Coulter (Maybole - 1980), Bob Grassom (Ayr Belleisle - 1984), Iain Harvey (Ayr Belleisle - 1990), Russell Cameron (Ayr Belleisle - 1990), Charlie McGregor (Irvine Ravenspark - 2000), Alastair Graham (Prestwick St. Cuthbert - 2002) & Alasdair J. Malcolm (Prestwick St. Cuthbert - 2002).
Posted by AJM at 7:58 pm