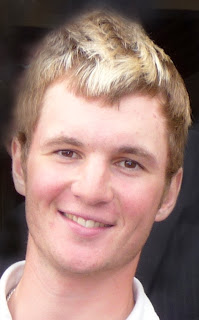 Michael Stewart (Troon Welbeck) has been selected in the team of three players who will defend the World Amateur Team Championship for Scotland later this year.
(SGU news release)


The Scottish Golf Union has named the trio of James Byrne (Banchory), Ross Kellett (Colville Park) and Michael Stewart (Troon Welbeck) as the men tasked with defending the World Amateur Team Championship for Scotland in Buenos Aires, Argentina in October.

Scotland famously made history by winning the Eisenhower Trophy in Australia two years ago when the team of Wallace Booth, Gavin Dear and Callum Macaulay, captained by George Crawford, stormed to a nine-shot victory in Adelaide to become the first GB&I nation to lift the World Championship, which was followed by a win in the European Team Championship nine months later.

The three players selected are the leading Scots in the World Amateur Rankings, with Byrne currently at number 13, Kellett ranked 59th and Stewart just outside the top 100 at number 104.

Byrne, who has just begun this final year at Arizona State University, reached the final of the Amateur Championship in June and was a beaten semi-finalist at last month’s Allied Surveyors Scottish Amateur Championship. He narrowly missed out on a place at this summer’s Open Championship when he lost in a play-off at Kingsbarns and was Scotland’s leading performer at the European Amateur Championship, finishing in eleventh place.

Kellett will have fond memories of Buenos Aires where he reached the final of the Argentinean Amateur Championship last December, losing out to Frenchman Romain Wattel. The 22-year-old from Colville Park in Motherwell earned his maiden SGU Order of Merit success this year by winning the Tennant Cup in July and was a member of Scotland’s victorious European Amateur Team Championship last summer.

Stewart is Scotland’s man in form, having captured the Allied Surveyors Scottish Amateur Championship crown at Gullane before collecting five and a half points out of a possible six at last week’s Home Internationals to finish the country’s top points scorer. A former Scottish Boys Champion, the 20-year-old from Troon has recently returned from East Tennessee State University and represented GB&I at the Jacques Leglise Trophy two years ago.

Ian Rae, the SGU National Coach who worked with the victorious team two years ago, will once again accompany the players alongside captain Scott Knowles and looked forward to the defence of Scotland’s title:

“Winning the Eisenhower Trophy in Australia was a wonderful achievement for Scotland and really helped raise the profile of amateur golf in this country. Wallace, Gavin and Callum all became household names and I’m sure golfers across Scotland will be excited about the defence of our title in Argentina.”

“We have three very talented players in James, Ross and Michael who will go into the Championship with great confidence having all enjoyed good seasons to date. We have a strong team and know the players have the belief that they can bring the famous trophy back to Scotland once again, although I’m sure we’ll have some very tough opposition.” added Rae.

The Scotland team, sponsored by Aberdeen Asset Management and TaylorMade-adidas Golf, will travel to Sao Paulo on 17 October to begin their preparations, eleven days before the event gets underway (28 – 31 October) at Buenos Aires GC and Olivio GC.

“We are very proud to support the Scotland amateur golf team and their victory two years ago in Australia was a wonderful moment for sport in this country.”

“This is our fourth year of sponsorship with the SGU and we are delighted to play a part in the development of the country’s future stars. In James, Ross and Michael, we have three exceptional young players and we wish them every success in defending the title in Argentina.”
Posted by AJM at 1:19 pm