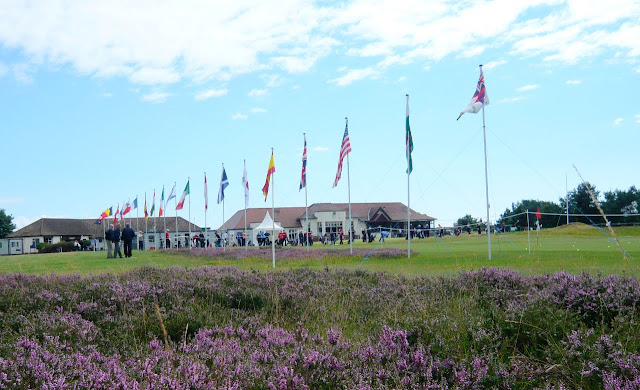 Kilmarnock (Barassie) had a most succesful week, along with Dundonald Links, when they hosted the Boys Amateur Championship which concluded on Sunday. 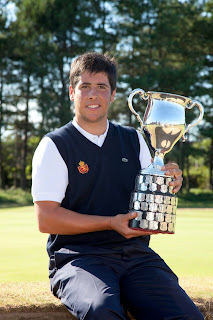 (From the R & A Website)
Spain’s Adrian Otaegui has become the Champion Boy Golfer for the Year after winning the 2010 Boys Amateur Championship. He defeated Germany’s Max Rottluff 4&3 in Sunday's 36-hole final at a cloudless Kilmarnock (Barassie). Otaegui is the next in a long list of Spanish winners of the event, including Jose Maria Olazabal in 1983, Sergio Garcia in 1997 and Pablo Martin in 2001.
Having been all-square after the 20th hole, the 17-year-old from San Sebastian, who now lives near Biarritz in France, struck a telling blow in winning four consecutive holes from the 21st to the 24th with scores of par, birdie, bogey and par, respectively. Otaegui had his lead cut to three-up after a Rottluff birdie on the 29th hole, but a birdie for a half on the 30th followed by three consecutive pars saw him claim victory on the 33rd, after his opponent could only make bogey.
“I am very excited to win this Championship. I played well. I didn’t putt as well as the other days, but I was solid with the irons and I think I only missed two fairways in the afternoon,” said the full Spanish international, who earns an exemption into the 2011 Amateur Championship at Hillside and Hesketh. “The four holes from hole three were very important. I didn’t make many mistakes and Max missed the green a few times. 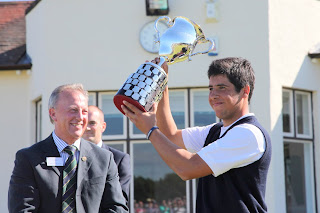 “It’s amazing to have my name on the trophy next to Garcia, Olazabal and the other good players from Spain who have won. Olazabal is my hero and I sometimes practice with him, so I will call him tonight to let him know that I was the winner. I’m sure he’ll be very happy.
“It has been a great week and I liked this course very much,” added Otaegui, who has been selected in the nine-man team to represent the Continent of Europe in the Jacques Leglise Trophy Match against Great Britain and Ireland on 27 & 28 August at Castelconturbia in Italy.
For Rottluff, who played alongside Otaegui in the stroke play qualifying rounds, it was a disappointing end to the Championship. But the 17-year-old from Dusseldorf was, nevertheless, pleased with the way the week had gone.
“I actually played better today than I did in the last two days, but it did not go my way and Adrian played very well,” said Rottluff. “The four holes that I lost together this afternoon were bad for me. It’s very difficult to come back against a player as good as him from four holes away.
“I’ve have had a good Championship and I’m happy that I got to the final of the Boys Amateur. I will be back next year to see if I can win it.”
Burnham and Berrow, along with Enmore Park, will host the Boys Amateur Championship on 9-14 August 2011.
Posted by AJM at 7:06 pm