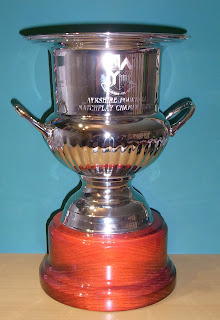 The four teams going forward to contest the semi finals of the 2010 Ayrshire Fourball Championship have been decided.

John Brodie & Alan Smeeton (Chase) booked their semi final place after a tough match away to David Gilmour & Robert Cruickshanks (Moorpark). The duo from The Chase found themselves three down after seven holes but fought back to clinch the narrowest of victories on the final green.

In the semi finals, the Chase duo are at home to fourball specialists Scott McCahill & David Wallace (Maybole), who are bidding for their third final appearance in four years in the competition.

The other semi final will feature Johnny O'Neill & Gary Ross (North Beach) who are at home to Alastair Brown & Roger Thyne (Kilmarnock Barassie).

The two semi final ties are due to be completed by 5th September.
Posted by AJM at 11:33 pm