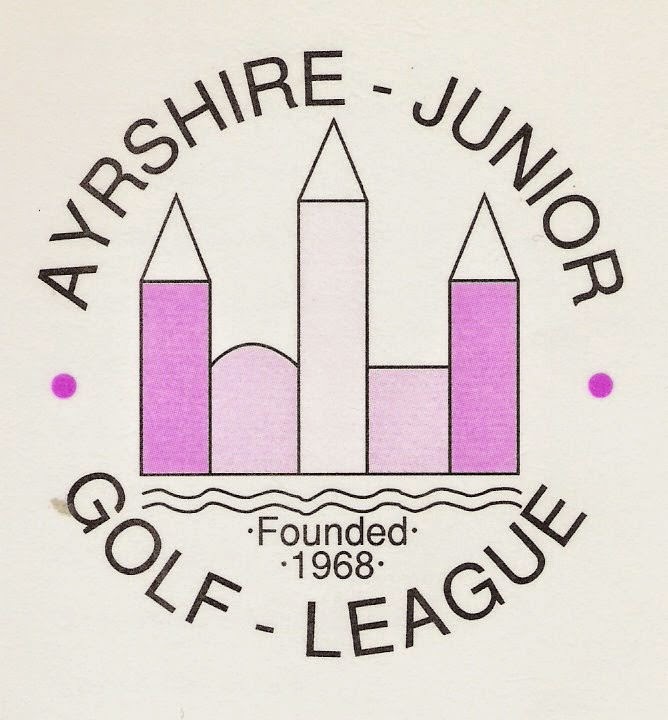 The finals of all four Ayrshire Junior Golf League competitions are scheduled to take place at Prestwick St Nicholas this month, starting with the Wallace Thornton and Under 16 Trophy finals on Sunday 14th September.


In the UNDER 16 KNOCKOUT TROPHY, Ballochmyle will face Loudoun in the final.

Both teams had home wins in their semi final matches, Ballochmyle beating West Kilbride 3.5 - 0.5 and Loudoun overcoming near neighbours Caprington by 3 - 1.

In the WALLACE THORNTON TROPHY, Prestwick St Nicholas edged into the final over their home course from a very close section, where four of the five teams finished on 10 points after recording two wins, one draw and one loss each. The St Nicholas team took the final spot by one single tie on the countback, against Troon Welbeck, Kilmarnock Barassie and Ayr Belleisle, following a 4 - 0 final match win over near neighbours Prestwick St Cuthbert.

In the final, Prestwick St Nicholas will play either Irvine or Loudoun.

Irvine have completed all their matches and sit on eight points whilst Loudoun have two away matches to play, at Ballochmyle and West Kilbride, and need a win and a draw to overtake Irvine and secure a final place.

On Sunday 21st September, the remaining two finals are scheduled to be played.

In the CHAMPION OF CHAMPIONS TROPHY, Jack Thomas (Irvine) will be bidding for an unprecedented clean sweep of junior titles in Ayrshire when he faces Callum McLean (Caprington) in the final.

Having already claimed the Ayrshire Boys Championship, Ayrshire Boys Matchplay Championship and Ayrshire Junior Order Of Merit this season, the prospect of holding all four major junior individual titles in Ayrshire at the same time looms large for Thomas.

Thomas booked his place in the final with a 2 & 1 home win over Graeme Greer (Prestwick St Nicholas) whilst Mclean reached the final following an impressive ^ & 5 victory over Connor McKay (Loudoun) at Caprington.

In the LEAGUE CHAMPIONSHIP Kilmarnock (Barassie), who won the event the last time the finals were held at Prestwick St Nicholas in 2010, will face Ayr Belleisle.