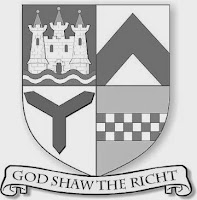 It is with great sadness that we advise of the sudden death of Ayrshire Golf Association Past President Innes McQueen, who passed away on Thursday 8th September.

A resident of Troon and a Past Captain of Troon Welbeck Golf Club, Innes was involved in the Ayrshire Golf Association in a number of capacities, culminating in his term as County President from 1985 to 1987.

It was in the year that he took over as County President that Innes had the satisfaction of seeing his younger son, Andrew, win the Scottish Boys Championship on the final green at Dunbar when he defeated clubmate Fraser McCulloch in what still remains the only occassion in which two clubmates have met in the final of the Scottish Boys since the championship began in 1935.

In recent years, Innes was able to follow the fortunes of another talented family member, his grand daughter Rachel, who won the Ayrshire Ladies County Championship for the first time in 2011 and has recently embarked on a golf scholarship in the United States Of America.

Although he was no longer involved in golf administration, Innes retained a keen interest in all that was going on in Ayrshire golf until his untimely passing last week.

The funeral service will be held at Holmsford Bridge Crematorium near Dreghorn on Thursday 15th September at 12 noon.

Our sincere sympathies go to Innes' wife and family at this sad time.
Posted by AJM at 8:18 pm