SCOTTISH AMATEUR CHAMPIONSHIP - Five from Ayrshire in last 32 at Prestwick

Five players from Ayrshire clubs are through to the last 32 of the Scottish Amateur Championship, following completion of the opening Matchplay rounds at Prestwick GC on Wednesday 2nd August. 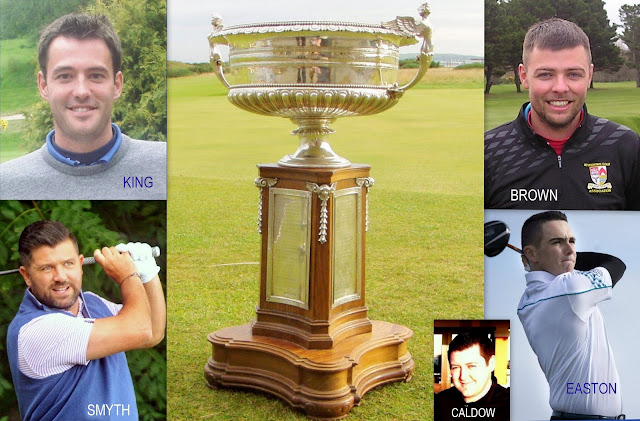 Of the six Ayrshire players involved in the first round of Matchplay ties, three were successful in progressing into the round of 64.

The first Ayrshire player to book his place in the last 32 was Michael Smyth (Royal Troon) who had a 4 & 3 victory over Nicklas Blyth (St Leon Rot, Germany). In the last 32, Michael Smyth will play Sam Locke (Banchory).

Stuart Easton (Irvine) ensured an all Ayrshire tie in the third round when he defeated Lewis Breslin (Fereneze) by 5 & 4.

In the last 32 Stuart Easton will play Bruce Caldow (Kilmarnock Barassie) who defeated Ayrshire’s Jim Johnston (Ayr Belleisle) by one hole in their tie in round of 64.

In his second match of the day, the hopes of Greg Telfer (Prestwick St Cuthbert) were ended when he was edged out at the third extra hole by Thomas White (Kinross).

Jonathan King (Prestwick) , whose home club is Glasgow GC, had a 3 & 2 win over Christopher Low (Tantallon) and will now play Eamon Bradley (Mount Ellen) in the last 32.

Scott Brown (Prestwick St Cuthbert) is also through to the last 32 after a notable 1 hole victory over Kyle Godsman (Moray) on Wednesday afternoon.

On Thursday morning in the last 32, Scott Brown will play Chris McLean (Balmore), who defeated Alyx Murray (Troon Welbeck) by one hole on Wednesday afternoon.
Posted by AJM at 7:34 pm