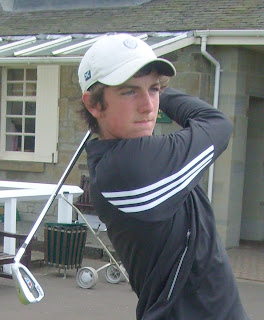 As well as his win in the Ayrshire Boys Championship, Macneal, who attends Wellington School in Ayr, also won the Tom Lehman Junior Open, the Mills Quaich at the Troon Golf Week and the Ayrshire Junior Order Of Merit title, alongside other successes in the county.


The full Scotland team is :-