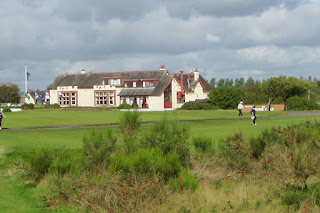 The championship was won by Ronnie Clark (Erskine) who took the title in a three way play off after the leaders tied on 221.

The other Ayrshire scores for the players who made the cut for the final round were:-