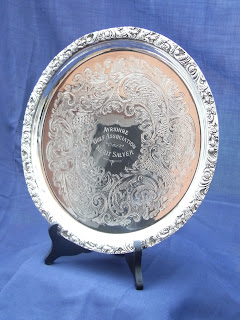 Jim Johnston (Ayr Belleisle) has established a healthy early lead in the chase for the 2018 Ayrshire Order Of Merit title and Doc Thom Salver.

The next counting events are the McGilchrist Cup at Ardeer on 16th June, the Amateur Championship at Royal Aberdeen and Murcar from 18th to 23rd June and The brunston castle Open on 30th June.