Donald Trump was in Ayrshire on Monday to formally reopen the newly refurbished golf clubhouse at the Trump Turnberry rersort. 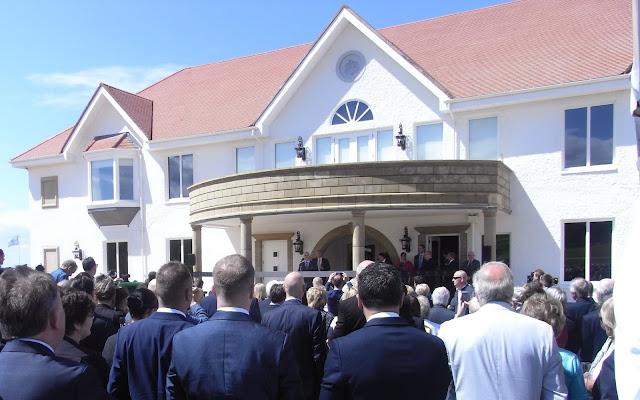 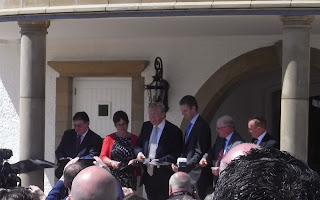 In the presence of a number of invited guests and members of staff, Mr Trump cut the ribbon to officially reopen the clubhouse after a multi million pound refurbishment programme, the first since the facility opened some 20 years or so ago. 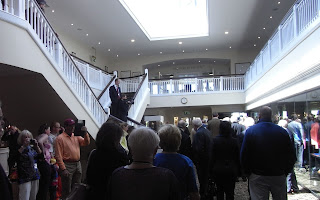 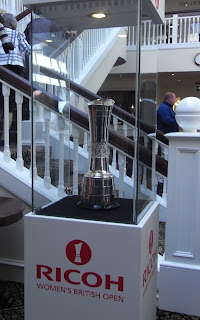 Proudly displayed in the main hallway at present is the Ricoh Womans British Open Trophy, which will be competed for next month over the Ailsa course. The ground floor features a completely restyled professional shop and locker rooms and a vastly improved display of club trophies and other memorabilia which provide a superb focal point in the entrance hallway. 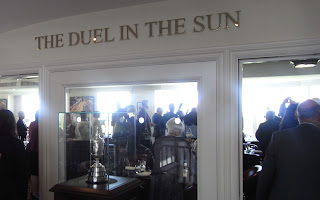 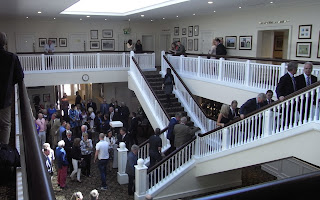 Upstairs, visitors are greeted by a replica of The Open Championship Claret Jug at the entrance to the the main bar and dining room area, now called 'The Duel In The Sun'. The area continues the bright and airy feel from downstairs, with superb furnishings and picture windows with outstanding views over the course, lighthouse, Ailsa Craig and the Firth Of Clyde. The naming of the various rooms is continued around the upper floor, to include the 'Tom Watson Conference Room' 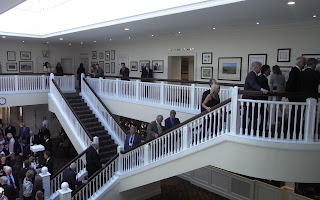 Those with an interest in the history of golf and in particular the courses at Turnberry will be pleased to know that the historical records and photographs of championships past remain displayed throughout the clubhouse, providing an interesting and informative record of the club and courses.


At the opening of the refurbished clubhouse, Mr Trump also alluded to the progress of the renovation and addition to the hotel itself, to include a new ballroom which will be designed to seat over 1000 patrons.

With the opening of the refurbished clubhouse at Trump Turnberry, another phase in the exciting refurbishment of the hotel and courses has been reached, and many golfers and others in Ayrshire and beyond will be looking forward to the next stage of the project.
Posted by AJM at 7:41 pm