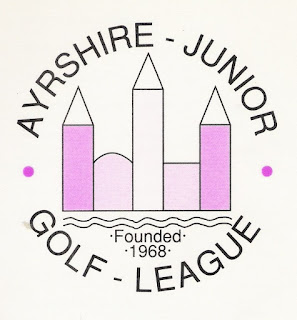 Ballochmyle and Troon Welbeck have both secured places in the 2015 Ayrshire Junior Golf League Under 16 Knockout Trophy semi finals.

Ballochmyle received a walkover from their hosts Largs in the quarter finals whilst Troon Welbeck had a 3 - 1 home win over Caprington.

In the semi finals, both clubs face away ties, Ballochmyle travelling to either Irvine or Loudoun whilst Troon Welbeck will visit either Ayr Belleisle or Kilmarnock Barassie.

The remaining two quarter finals are due to be completed by 2nd August and the semi finals by 30th August.

in the JUNIOR CHAMPION OF CHAMPIONS TROPHY, the quarter final line up has been confirmed.

In the first round matches, Ross McDonald (Irvine) had a 2 & 1 home win over former winner Murray McCrone (Troon Welbeck) whilst Graeme Greer (Prestwick St Nicholas) had a 7 & 6 home win over Conor McKay (Loudoun).

All quarter final ties are due to be completed by 2nd August.