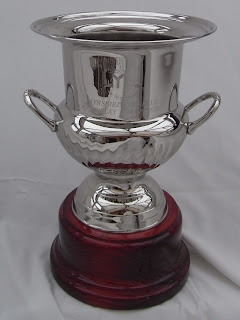 Two more club sides have booked their places in the quarter finals of the 2015 Ayrshire Fourball Championships this week, with both their third round matches being decided in extra holes.

Graeme Logan & Derek Patterson (Ayr Belleisle) were taken to the 22nd hole before they won through against their visitors Steven Jackson & Andrew Graham (Wallacetown).

James Anderson & Paul Church (Skelmorlie) travelled south for their third round match against Jim Shankley & Hugh Letford (Ayr Seafield) and won through to the quarter final with a nineteenth hole victory over their hosts.

In the quarter finals the Skelmorlie duo will be at home to Stuart & Martin Docherty (Crosshouse).

Only the result of the tie between Brunston Castle & Muirkirk is awaited, before the full quarter final line up is confirmed.
Posted by AJM at 9:02 pm