PGA professional at the Troon Municipal clubhouse, Gordon McKinlay celebrated 25 years in the post on Wednesday 10th June 2015, alongside members of some of the clubs who play their golf over the Lochgreen, Darley and Fullarton courses.


Gordon, who learned his golf at The Braids and other courses near his childhood home in Edinburgh, took on the role of resident professional at Troon on 10th June 1990 which was previously held by the late Gordon Cunninghame, and over the last 25 years has built up a great rapport with members of local clubs and golfers from the wider Ayrshire golf community.


In addition, Gordon has built up a fine reputation as a coaching professional, having previously coached the Ayrshire Ladies county squad as well as overseeing the development of a number of fine local amateur players. 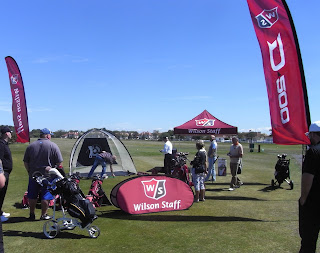 To mark his 25 years at the Harling Drive facility, Troon Welbeck Golf Club treated Gordon to a reception in the clubhouse recently, and on Wednesday Gordon also decided to mark the occasion, on the actual 25th anniversary, by involving a number of the clubs who have supported his business over the years, and in particular those who play their competitions on a Wednesday. These included Troon Welbeck, Troon St Meddans, Welbeck Ladies and Troon Merchants. 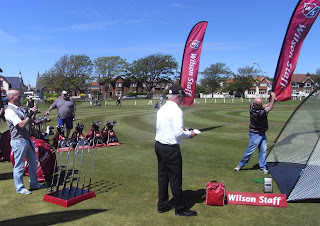 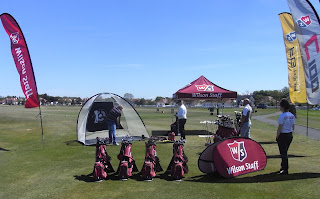 The celebrations on Wednesday began with Gordon hosting a reception for local councillors, members of local clubs and customers before the clubs teed off in competitions during the afternoon, with the events being supported by Gordon who provided some of the prizes.

Wilson Sports staff were also on hand throughout the afternoon, inviting players and attendees to take part in the Wilson D200 challenge, scientifically comparing their own clubs with the new, highly rated, Wilson D200 range of clubs, as they hit balls with both clubs and compared the results.

There were also promotions on items of Wilsons golf equipment and balls available thrughout the event. 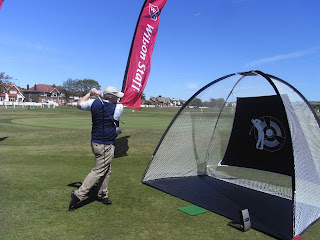 Golfers should keep a look out for further special offers throughout the season at Gordon's shop, as he celebrates 25 years at his Ayrshire home.

All in all, the afternoon was a fitting and pleasant way to mark the service of the popular professional at the Troon Municipal clubs, and best wishes are extended to Gordon for the remainder of his Silver Jubilee celebrations throughout the rest of the year.
Posted by AJM at 4:53 pm