US COLLEGE GOLF - Connie ties for fifth place at Denver 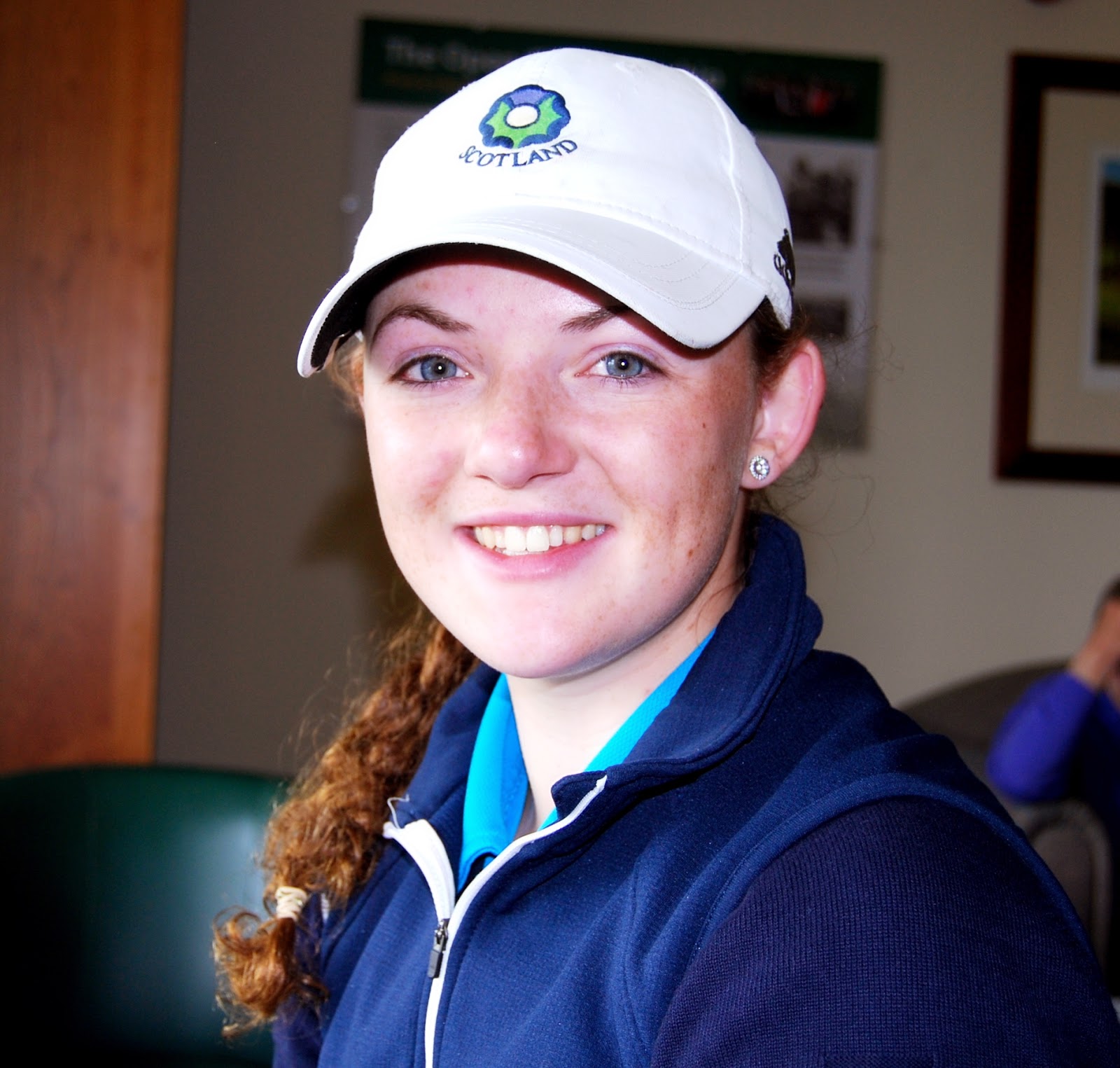 Connie Jaffrey from Kilwinning, Ayrshire followed up her victory on the US women's college golf circuit by finishing joint fifth and helping Kansas State University to record a second team title success in a row in the Ron Moore Women's Intercollegiate tournament at Highland Ranch Golf Club, Denver, Colorado.

(from the Cal Carson Golf Agency)
Connie, beaten in the final of the Scottish womnen's amateur championship at Prestwick last May, having been Scottish U18 girls and schoolgirls champion in 2013, shot rounds of 70, 74 and 75 for a total of three over par 219 over a longish course of 6457yd (par 72)

Jaffrey finished six shots behind the winner, Kansas State team-mate Olivia Eliasson who had scores of 74, 69 and 70.

Kansas (877) headed a field of 12 teams by seven shots from their great inter-state college rivals Kansas
Posted by AJM at 12:29 am