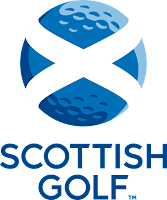 Ayrshire will have three representatives in the Scottish Boys Open Strokeplay Championship, which takes place at West Kilbride GC from Wednesday 10th to Friday 12th April.

Scottish Boys internationalist Ruben Lindsay (Ayr Belleisle) tees off on day one at 13.10 with clubmate Sean Addie playing two games behind at 13.30.

Also in the field is Alyx Murray (Prestwick St Nicholas) who begins his championship bid at 15.10 on Wednesday.

In the corresponding girls event, also being held from Wednesday to Friday this week, over the Eden Course at St Andrews, Ayrshire have two representatives in the field.

Rachel Foster (Prestwick St Nicholas) tees off on Wednesday at 08.10 whilst Claire McLaughlin (West Kilbride) starts at 14.20 that day.