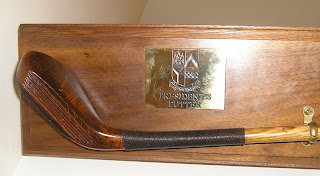 Two further ties have been completed in the 2019 Ayrshire club handicap team knockout competition for The President's Putter.

West Kilbride travelled to meet Abbotsford in the only first round tie in this years competition, and recorded a 2.5 - 0.5 win to progress to round two, where they have a home tie against Caprington.

On Sunday 14th April Troon St Meddans hosted Prestwick St Cuthbert and secured their place in round three with a 3-0 win. In the third round the St Meddans team will travel to play either Tam O Shanter or Ayr Dalmilling.

The other second round tie played so far, which was previously reported as a 2-1 win for Prestwick St Nicholas, was in fact a win for Troon Welbeck over the St Nicholas team.

The Welbeck team will be away to either Ayr Seafield or Kilmarnock Barassie in round three.