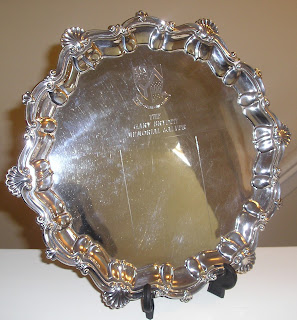 Royal Troon are the first club into the quarter finals of the 2017 Ayrshire club scratch knockout competition for The Gary Bryden Memorial Salver.

The Troon club had a comprehensive 3 - 0 win against near neighbours Troon Portland to become the first club to book their place in the last eight.

In the quarter finals Royal Troon will be at home to either Ballochmyle or Girvan.

In the one other match played recently, Brunston Castle had a 3 - 0 home win over West Kilbride in their first round clash to secure a second round tie away from home to New Cumnock or Troon Welbeck.

There are five ties remaining to be completed in the first round, which are due to be played by 28th May.