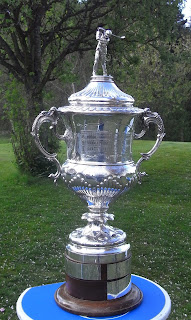 The Ayrshire six man team who will contest the 2019 Scottish Men's Area team Championship over the Leven and Scoonie golf courses in Fife over the weekend of 6th to 8th September has been announced.


the Ayrshire team is a blend of youth and experience, as the county team bid to add to their three previous wins in the competition, the last success being in 2015.

Last year Ayrshire were top qualifiers after the strokeplay rounds and despite being handicapped by the withdrawal of one of the six players, managed to win their quarter final match before losing out narrowly in the semi finals. 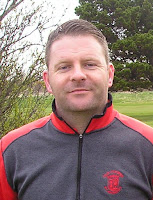 Tommy McInally (Loudoun), playing off +2, brings a wealth of experience to the squad, having featured in the winning Ayrshire teams in 2008 and 2015, as well as winning a number of county titles at both junior and senior level.

Michael Smyth (Royal Troon) is the present Ayrshire Strokeplay and Matchplay Champion and is the lowest handicapper in the team with a current handicap of +5. 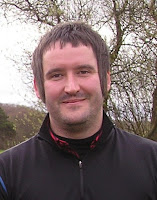 Steven Wallace (Prerstwick St Cuthbert), playing off +1, has had a fine run of recent results which has prompted his selection this year. he has represented Ayrshire at all levels over the years including a number of appearances in the Area Team Championship team.

Jim Johnston (Ayr Belleisle), with a handicap of +3, brings international experience to the team this year, having gained his first Scotland men's cap at the Home Internationals in 2018. 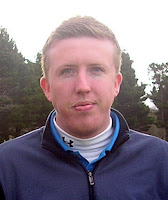 Performances this year which sees him close to the top of the Ayrshire Order of Merit brings a debut selection for the six man team for +1 handicapper Steven Stamper (Turnberry).

Also in the Area team Championship team for the first time this year is 19 year old Robbie Muir (Kilmarnock Barassie), the +2 handicapper having produced a number of notable results over the last twelve months to secure his selection.

The players will complete two strokeplay qualifying rounds over the Leven and Scoone courses on Friday, with the eight teams returning the best team scores progressing to the quarter finals on Saturday morning.

The quarter finals are matchplay contests comprising one foursomes and four singles ties.

The semi finals, which are the same format as the quarter finals, take place on Saturday afternoon.

The final is scheduled for Sunday, with three foursomes in the morning being followed by six singles in the afternoon.
Posted by AJM at 11:23 am