THE AMATEUR CHAMPIONSHIP - Euan Walker pipped for the title on the final green.

The bid by Euan Walker (Kilmarnock Barassie) to win the 2019 Amateur Championship, played at Portmarnock GC in Ireland this week, came up just short on Saturday afternoon when he was defeated on the final green by Ireland's James Sugrue in the 36 hole final.

Played in glorious weather, with a number of Walker's friends making the trip over the water for the final, the appearance of an Irish player in the final match boosted the crowd of spectators to an estimated 3,000.

In the morning round things started badly for Euan Walker, two bogeys from him and a birdie from his opponent contributing to him going three down after three holes, and things got worse by the turn when a further bogey from Walker at the seventh and a birdie three from Sugrue at the ninth saw Walker five down after nine.

Birdies at the tenth and thirteenth from Euan Walker reduced the deficit to three before he bogeyed the penultimate hole to go four behind once again. Despite this, Walker managed to win the eighteenth with a bogey five to go in for lunch with a three hole deficit with eighteen to play.

In the afternoon Sugrue birdied the second hole, for the second time of the day to increase his lead to four again, before a bogey at the next hole allowed walker to take the hole back and further reduce the deficit to two holes when he birdied the fourth hole too.

Both players were scoring well at this stage in the match and a birdie four at the sixth hole from Sugrue to go three up again was countered by successive birdies at the seventh and eighth holes from Walker to bring him within one hole of his opponent with twenty six holes played. 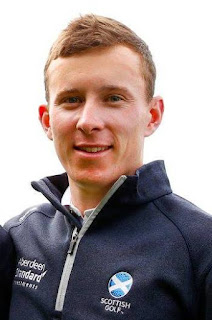 There remained just one hole in the match as the players entered the final quarter of the final but immediately Sugrue restored a two hole lead with a birdie at hole ten, the 28th hole of the contest, which walker countered with a birdie four at the thirteenth hole to go back to just one behind.

having been behind throughout the match, momentum seemed to be swinging towards Walker and he won the par three fifteenth hole with a par when his opponent could only manage a bogey four to square the match for the first time since the player hit their opening shots in the morning round.

The sixteenth was halved in birdie fours and having seen his substantial lead whittled away with just two holes left to play in the match, to the credit of James Sugrue, he held his nerve and when Euan Walker could only manage a bogey five at the penultimate hole he bravely holed his putt for par to take a crucial one hole advantage to the last.

With Walker only able to make a bogey five at the final hole, Sugrue had two putts from distance for the title and when he rolled his approach up close to the hole, walker conceded him a bogey five for a half hole and more importantly for Sugrue the final match and the title by a single hole.

Though there would be great disappointment for Euan Walker in losing out on the title, he did perform superbly throughout the week and did himself, his club and his county proud.
Posted by AJM at 2:43 am