AYRSHIRE CHAMPION OF CHAMPIONS TROPHY - Five more through to round three 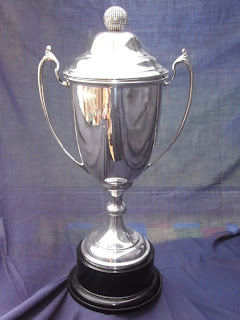 Five more players have booked their place in the third round of the 2018 Ayrshire Champion Of Champions Trophy competition.

Ian Walker (Royal Troon) claimed a notable scalp when he defeated Craig Hamilton (Ballochmyle) by 3&2 at Troon, to book a third round tie at West Kilbride or Loudoun.

A 5&4 win by Gary Steele (Brunston Castle) at home to Robert Gilchrist (The Chase) secured a home tie in the third round against the winner of the tie between the champions of Caprington and Tam O Shanter.

Also through to round three is Fraser McCall (Troon Portland), courtesy of a 3&2 win at home against Ross McGinn (Skelmorlie). McCall will now travel to either Braehead or Largs in the next round.

Also through by virtue of walkovers are George Paton  (Troon Merchants) and Greg Nichol (Troon St Meddans) against Kevin Campbell (Glacier) and Len McDonald (Beith) respectively. Paton now hosts the winner of the tie between the representatives of Largs Routenburn and Ayr Seafield whilst Nichol will travel to either Moorpark or Prestwick St Cuthbert in the next round.

The remaining ten second round ties are due for completion by Sunday 13th May.
Posted by AJM at 1:18 am