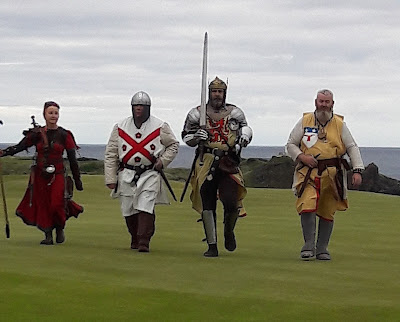 A capacity field of 66 competitors will contest the 2018 Ayrshire Strokeplay Championship over the King Robert The Bruce course at Turnberry on Sunday 29th April.

The two round strokeplay event has attracted a quality field including the best players from the length and breadth of the county.

The holder Alan Connery (Irvine) returns to defend the trophy that he won for the first time 12 months ago at Western Gailes.

The sixteen best placed in the strokeplay championship will go forward to contest the Ayrshire Matchplay Championship at Rowallan castle Golf Club from 7th to 10th may.

Any competitors included in the draw who subsequently become unavailable should contact the Ayrshire Golf Association secretary at ayrshire.golf@btinternet.com as soon as possible, to allow a replacement to be introduced from the reserve list.

The draw for the strokeplay championship is.