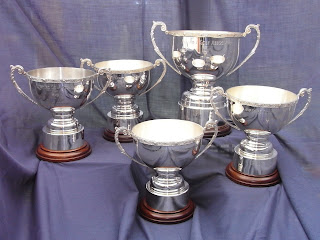 Matches are under way in the 2018 Ayrshire Scratch leagues with fixtures being played in two of the four leagues in the past week.

In Division1, Irvine Ravenspark marked their return to the top division with a 3.5 - 2.5 home win over Loudoun.

In Division 3, Largs signaled an early intention to return to Division 2 following their relegation last year, with a opening 5 - 1 home win over Prestwick St Nicholas.

Matches will be played in all four divisions over the summer, with the winning team in each division gaining promotion as appropriate, the bottom team being relegated and the top and bottom in each division playing off at the end of the league campaign to decide which division they will compete in in the following year.