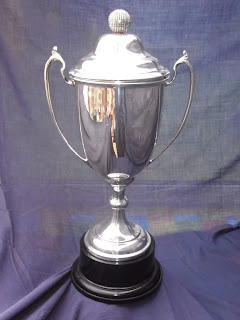 With the closing date for completion of the first round ties in the 2018 Ayrshire Champion Of Champions competition being next Sunday, 15th April, three of the sixteen first round ties have been completed, leaving thirteen results still to be notified.

Sandy Walker (Kilmarnock Barassie) was first through in round one this year following a 4&3 home win over Graham Warnock (NB Parkstone) and will now visit either Jim Johnston (Ayr Belleisle) or Andrew Lindsay (Ayr Dalmilling) in round two.

Alan McLean (Kibirnie Place) was a winner by 6&4 on his visit to play Steven Jackson (Wallacetown) and will now be away in round two, to Steven Gray (Ayr Carrick) or Robert Adams (Abbotsford).

The other player through from round one so far is Gary Jordan (Crosshouse) who was taken to the first extra hole by his visitor Alan Stewart Jr. (Stewarton) before he secured his place in the second round, where he will be away to either Martin Riddell (New Cumnock) or John Rushbuy (Rowallan Castle).

In an early result from round two, David Pratt (Annanhill) received a walkover from John Cairney (Malletsheugh), to secure a home tie in the third round this year.
Posted by AJM at 10:19 pm